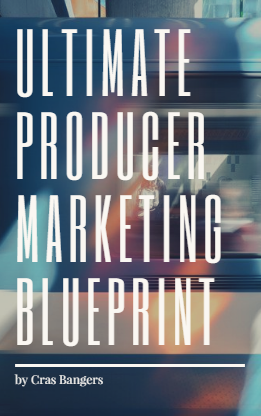 HAVE YOU CLAIMED YOUR KITS? [ 17 DOWNLOADS ATTEMPTS LEFT ]

The big problem is that it’s all around you….
broke….

Being broke…
Having a broke mentality…
Knowing someone who’s broke…

It’s prolly not what you were thinking it was….

Cuz the answer was so closed to u all along….

The secret is to “Bet on urself”

Produces are some of the most lowest confidence havin….

Most “nah its cool”

Most giving people out there in the game…

Shocking for me to find out hella other produceds were just like me….

Puttin myself out there….

In fact, it was super hard to do in the beginning….

I wanted to be known for my sound…

For how dope my beats were….

Only problem was that i was shy…

I didnt want to be in the limelight….

U know what tho?

I “did” wanna get paid tho…

I knew i had to do it no matter how much i resisted it…..

It actually took me a while to come around to doing it….

It didnt pop off right away like i thought it would…

That was what made it even more excruciating to go thru….

Imagine being shy to begin with and then not really getting much reception once i decided to put myself “out there”….

It made me want to stop….

It all changed when i met this one mentor who showed me a proven step by step system….

And u know what happened???

For the first time i had artists hittin ME up….

But it still wasnt poppin the way i thought it would be even still and i still had a lot to learn….

Me just getting a small taste of what it was like to actually be pursued for my beats lit a fire underneath me….

I had to get to a higher level and fast…..

So i went and got another mentor…

And i picked his brain….

And he told me exactly what to do….

It was at that point the flood gates opened and i had finally cracked the code and was selling beats like crazy…..

I was so juiced, i didnt know what to do….

I thought it was just a myth….

I didnt think it could ever be possible….

After a while it became routine….

It wasnt no big thing anymore….

So i actually began reaching out to other artists and producers with my new found marketing gifts….

It sucks to see people strugglin…..

Especially people u know that are just like u….

The way i was brought up… i just gotta heart that  wants to help everyone….

U know whats crazy about that though?

Sometimes u find out that u want success for other people more than even they do….

Youll do more for them then they’ll do for themself…

So that was frustrating as fuck too….

I had to figure out a way to get with producers who knew by investing in themselves, they would make it to where theyre going….

Any time u invest in yourself, u commit to it…

When u invest in urself, u make sure you take the knowledge and secrets and apply it

Its all about that action…

Just remember the secret to your goals is DAP

First you make a decision to change shit up

Step outside of your box.

Then the next step is Action

Do what you been putting off
Even if its just a small step.

3rd step is be PERSISTENT

Be persistent as f*ck

Dont let anyone tell u, that u cant make it

I used to think that was corny.

Its gonna slow u down for weeks, months and even maybe years

You cant afford to waste any time.
It already might be the 4th quarter for u….

But i promise u this….

It will change your life.

Yo money aint everything but this isnt about money its about u and your independence.

Or you’re going to work for yourself

Put every dollar into yourself

Until you’re consistently making enough to support yourself independently….

How will that change things for u when you’re able to do that?

So lets not delay or waste any more time….

All the proven techniques…

All the step by step systems and i put them all inside my Producer Marketing Course that’s available now after heavy demand.

Many producers have wanted to get their hands on this and have told me to let them know as soon as i released it….

Well the time is now…

Then this is for you.

This is not for excuse makers or producers that doubt everything and are skeptical only because they have war wounds that haven’t healed and they would rather find an excuse than a way to make it happen…..

If you’ve been looking for a proven system and havent been able to find one that works….

Or if you’ve been let down before following “gurus” that probably dont even really sell beats….

This Producer Marketing Secrets Video training course is for you….

Its going to show you step by step what you need to do in order to live the good life as a producer….

Other producer clients who got a sneak peak of this course are already selling double and triple the amount of beats they used to.

One producer told me the course helped him get over the anxienty of selling his beats and now he enjoys a total transformation on his outlook….

He now knows its only a matter of time before he’s able to quit his 9 to 5 and make racks with his beats….

Get the attention of his homies and the girls now that he got it poppin on his own….

U dont wanna miss this opportunity to level up your life and pick up secrets you’ll use forever….

If you’re ready to make the ultimate leap forward and get the Ultimate Producer Marketing Secrets course – click here!

The only thing you’ll be mad at is that u didnt have this opportunity available to u earlier.

As a bonus, I dont know if you’ve noticed but there are hella ways to make money with your beats these days so i show u the secrets on how to leverage your beats for more than just beat sales.

What u learn in this course will pay you for years to come if you take action.

If you dont do anything with it then of course nothing will happen….

But if you’re an action taker….this is for you….