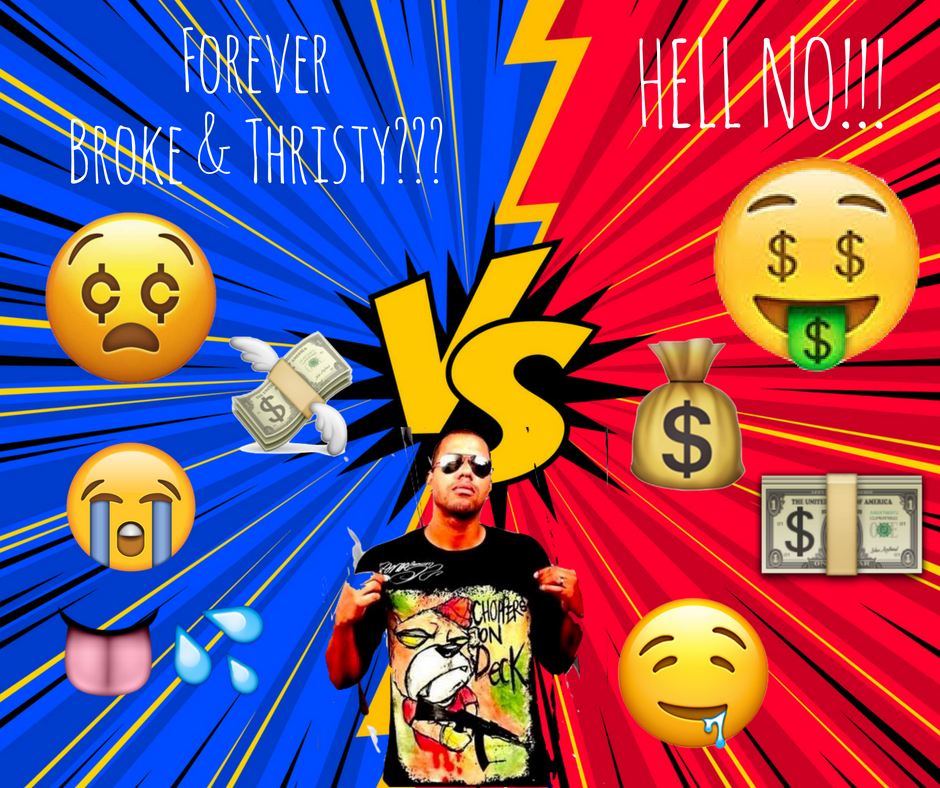 How to avoid looking broke and thirsty

Listen to my beats!!!

Have you ever said that before?

How did it make you feel?

Do you want to know something CRAZY about human psychology?

People will give their hard earned money to someone who does NOT need it, faster than they will to someone who is starving and down to their last dollar!

Most humans are naturally repulsed by needy people. By beggars. By people that are desperate.

It’s probably happened to you recently.

You’re walking down the street and someone that is really in need of help approaches you for “spare moving”.

And how do you react mostly?

You’re quickly say no and try to keep it moving or youll quickly reach into your pocket…give them sme change and rapidly keep moving.

Notice how its usually done “quickly”.

We want to get out of that situation as fast as possible, even if we do give money.

So tell me. As a producer. Do you want to be positioned in an artist’s mind as someone who is needy….begging and desperate???

Because you will forever be positioned in their mind as someone who is desperate and in need of help.

That is NOT where you want to be positioned if you plan to make it big.

Now, i want to help you come from a position of power.

Here’s how its done.

Oh by the way, i’m currently traveling around the world with my family.

( this is Something else you’ll discover is a huge benefit to making it happen for yourself, on your own terms. )

When were leaving a castle in Lisbon, this man came up to me and i thought he was going to ask me for money or ask me if i wanted to buy something.

He extended his hand and put a bracelet it.

It was a dope African bracelet.

Then he proceeded to do the same thing to my son, my wife and my daughter.  He didnt say anything  he just smiled and we thanked him.

he said nothing more

and you know what i did next?

i reached in my pocket….and grabbed some money and i gave it to him.

And he looked me in my eyes and thanked me.

It was a dope moment.

I didnt realize i would later write about it.

its the perfect example of what happens when you give value FIRST.

If you got my Producer Marketing Secrets Course which teaches producers top secrets on how to market yourself and transform your producer business, you would know one of the first steps to making BIG money with your beats is to give value first.

you’re going to learn a lot by sharing and reading the comments of other producers.

ps – if you want the ultimate cheat sheet on how to transform your producer business – download your free copy here!